Stanley Park Ecology Society‘s most recent bird count took place on Sunday, April 11. Even though it was fairly quiet, I was able to get a few interesting photos. And it was a treat to see three species of the swallows (Tree, Violet-green and Barn) flying over the water to catch insects.

The count was led once again by Else Mikkelsen, who is a longtime SPES volunteer and is pursuing an undergraduate science degree at the University of British Columbia.

The photos featured today were taken on the park’s Lost Lagoon or Beaver Lake with a handheld Nikon D5200 and AF-S NIKKOR 200-500mm f/5.6E ED VR. None of the birds were baited, called in or set up, although the chickadees and squirrels were attracted to seeds left behind by other users of the park. These species will be featured in a separate post in the days to come. [UPDATE: Actually, I like the photo gallery setup so much that I will progressively update each of the captions below, rather than posting each species individually. I will move to other photos, instead.] 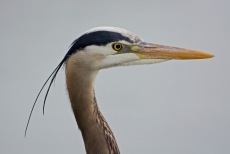 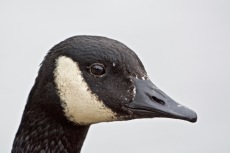 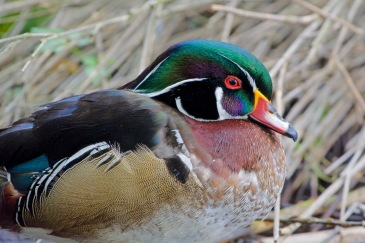 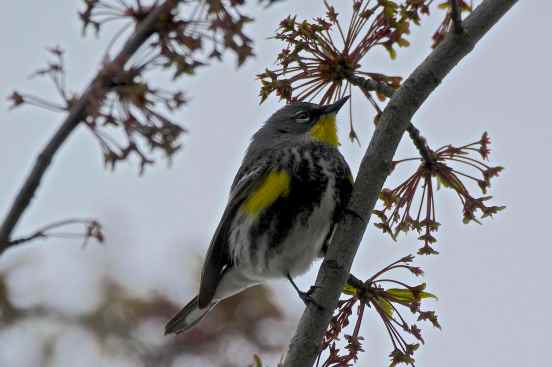 Now that I have finished my series on the City of Vancouver’s awesome City Bird contest (don’t forget to vote!), I will feature a few of the other beautiful or interesting birds that can be found in this part of the world. I should add that many of these photos were taken with lenses that I borrowed from Beau Photo’s rental department, including the two pictures featured bellow, which were oth shot with Nikon’s excellent 80-400mm f/4.5-5.6 zoom.

These Yellow-rumped Warblers were both taken yesterday morning in North Vancouver, BC: The first just off of Burrard Dry Dock Pier, the other at Harbourside Place, off of the Spirit Trail. Notice a difference? That’s right: The chins are either white or yellow. These two individuals used to be considered different species (white: Myrtle Warbler; yellow: Audubon’s Warbler), but are now considered to be two sub-species of the same species. Regardless, I think they are both quite lovely!

All rights reserved. Excerpts and links may be used, provided credit is given to Pierre Cenerelli and pcenerelli.wordpress.com, with appropriate and direct links to the original content.

Eye in the Sky Award